Back to Rinnai UK

Diversification of global energy options will be intensified as purchasing Russian oil and gas has been suspended from major economies across the globe. Efforts will have to be made by major European economies to introduce alternative energy options for use in domestic power.

EU dependence on Russian oil and gas will be reduced by two thirds inside a year, meaning that European energy capacity will have to be filled by alternative sources.  European decarbonisation has received extra incentive to maintain and rapidly advance plans to introduce a range of energy options to consumers. European and UK energy administrators are giving priority to introduce solar, wind, wave, nuclear, electrification, heat pumps and hydrogen into a future domestic energy mixes.

UK and European leaders have already published strategies that outline a pathway towards reducing reliance on any Russian power source. Recent announcements in the UK include two potential new large solar panel sites that will provide power to nearby residents in Norfolk, eastern UK.

French Energy Company EDF plan to install a 49.9 MW solar farm located between the villages of Mulbarton and Swainsthorpe, south of Norwich. If approved the solar farm could generate enough electricity to power 14,600 homes.

Additional plans to construct a 130-acre solar farm, the size of 65 football pitches are also under review. If approved, Pathfinder Clean Energy (PACE) a UK based international clean energies company could power over 12,000 homes and reduce regional emissions by over 9,000 tonnes. The site will be also located in Norfolk – Colton, west of Norwich.

To create alternative UK domestic energy markets £375 million will be provided by the Government towards green hydrogen manufacturing as part of its Energy Security Strategy. The bulk of this investment will focus on supporting green hydrogen production and widening capacity. Work will also begin on legitimizing green hydrogen costs to consumers and producers alike.

The European strategy – RepowerEU – will concentrate on strengthening a European energy system by pursuing two aims in the short and long term: the short term target will focus on regenerating gas capacity by diversifying gas supplies through alternative gas markets and to also purchase imported American LNG.

Hungary retains a heavy reliance on Russian oil and gas and so appears to be pro-Moscow. Lithuania however is the first of the old Soviet countries to completely eradicate Russian gas from domestic power options. It has also been reported that Bulgaria and Poland have had gas supplies cut by Russia due to payments not being made in roubles. Russian energy supplies influence regional politics.

Each aforementioned country has to suit its future energy needs on its current energy mix. Present French energy demands are met through a mixture of imported Russian gas and domestically generated nuclear powered electricity.

French renewable company Neoen has been awarded seven contracts that amount to 92.5 MWp of solar capacity. This capacity will be spread across 7 new sites that range from 4.7 MWp to 30 MWp. These 7 new sites will bring the active total of MWp capacity in Neoen solar panel projects in France to 661.4 MWp.

The Netherlands also announced its intention to increase renewable capacity and green gas production in the coming years. Solar energy as well as offshore wind power are options the Dutch government is keen to explore.

UK based oil and gas company Neptune Energy and German energy company RWE signed an agreement to work together in constructing a green hydrogen project using offshore wind to convert into green hydrogen. This project will be located in the Dutch sector of the North Sea. Once generated, hydrogen will then be transported to land through existing pipeline.

Gas dependant Italy aims to replace former Russian gas imports with Egyptian gas whilst targeting future hydrogen usage. Italian gas operators Snam and Eni are both heavily involved in multiple hydrogen projects both independently and in collaboration with each other.

Current hydrogen projects include the construction of a hydrogen valley. The Puglia Green Hydrogen Valley project plans to build three green hydrogen production plants in Brindisi, Taranto and Cerignola – all based around Foggia. All 3 hydrogen facilities will combine to generate capacity of 220 MW.

PV panels will absorb sunlight which will then be converted into green hydrogen. Once all three plants become operational around 300 million cubic metres of renewable hydrogen could be annually cultivated.

Germany is aiming to vastly increase renewable capacity. German plans focus on providing domestic electrical needs through renewable solar and wind power. Germany’s original plan was to make this possible by 2035; since the start of the Ukraine conflict, Germany has decided to bring these plans forward.

Germany’s Federal Maritime and Hydrographic Agency (BSH) have begun the process of revising maritime spatial plans to include an additional 3 GW of offshore wind capacity in the North Sea. 3 GW of transferable wind power could potentially generate electricity to power around 3 million households.

Germany is also investing in alternative gasses such as hydrogen. 8 billion euros has already been invested into 62 large scale hydrogen projects covering the entire value chain. Amongst these plans is the idea of laying 1,700 kilometres of new hydrogen pipeline.

It is evident that the majority of EU member states are opposed to Russian expansion at the expense of Ukraine independence. Russian oil and gas will no longer be imported. The resulting reaction has seen alternative methods of energy procurement, cultivation and distribution be rapidly advanced.

Wind, solar, nuclear, electrification, heat pumps and hydrogen gas will now be viewed as medium to short term energy security aims rather than long term decarbonisation goals. Oil and gas was already on a shortened shelf life, Russia may have shortened that shelf life in a way ecological campaigners have struggled to do so. 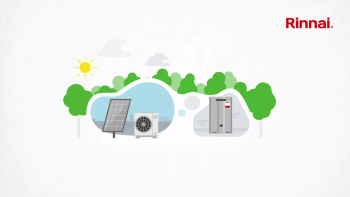 More information can be found on Rinnai’s website and its “Help Me Choose” dedicated webpage.

Find out about the latest products available

Get help choosing a product rinnaiuk.franktesting.co.uk/contact-us/help-me-choose-product